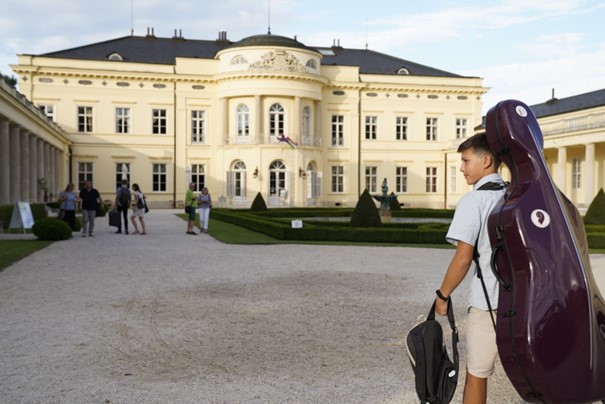 Six years ago, in July 2016 a tradition was born: the first Echo Summer Academy took place based on Balázs Fülei’s idea and under his artistic guidance. Many young musicians applied, not just from Hungary but also from abroad, among them a pianist from India who had seen Balázs Fülei’s concert in Mumbai a few months earlier; that was that Indian boy’s first time to travel not just to Hungary but to Europe as well. In recent years a core team has formed whose members return as regular participants; there are musicians who have attended the summer academy all six times.

In the spacious halls of the Károlyi Castle a daily ‘schedule’ has developed: every day from morning till early afternoon Péter Kováts, the Bartók-Pásztory Prize-winning violinist teaches in the ornamental library, István Varga cellist in the chapel of the castle and Balázs Fülei in the Főispán (Shireman) Hall. Beyond classes with individual instruments, chamber music classes are also held for the participants where they often play together with their teachers – an inspiring adventure for a young musician.  One of the important principles of the summer academy is to provide the opportunity for everyone to play at concerts. Anyone who feels ready can perform at the afternoon coffee concerts and, at the closing concert, every participant of the masterclass is invited to the stage. The evening concerts of the Echo Summer begin at 8 p.m. 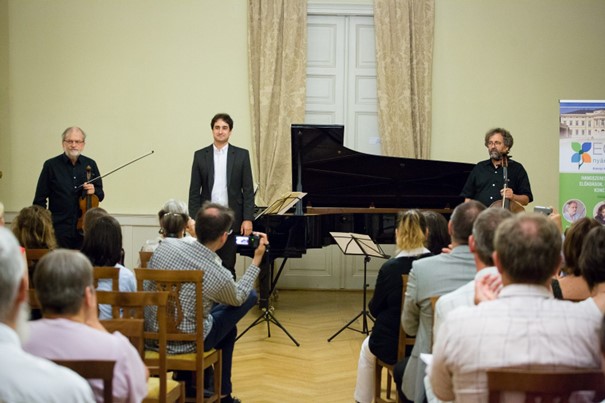 AN EVENING WITH MENDELSSOHN

On July 17, at the opening concert of the masterclass, Péter Kováts, István Varga and Balázs Fülei will recall the figure of Felix Mendelssohn-Bartholdy. His peers have described Felix Mendelssohn as an attractive, lovable and endlessly benevolent man whose letters radiate serenity and a basically balanced mentality. His witty reports addressed to his family members will be read between Mendelssohn’s piano trio movements by the Kossuth Prize-winning actor, Péter Blaskó at the concert titled ‘An evening with Mendelssohn’. During this unusual concert the audience will hear two pieces: the Piano Trio in D minor composed during a particularly happy period of Mendelssohn’s life when he was a young, happily married man, and the Piano Trio in C minor related to the severe illness and lucky recovery of his one-and-a-half-year-old little son, Felix. 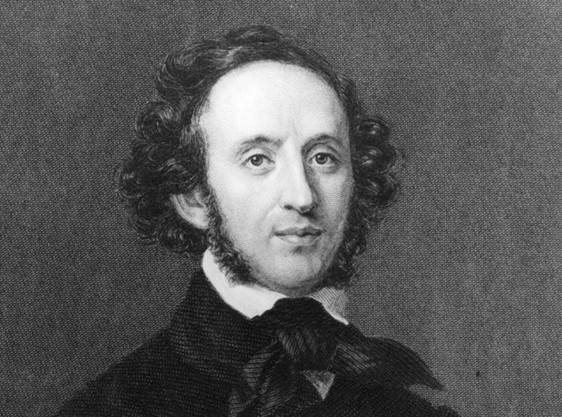 ‍QUARTET FOR THE END OF TIME

On July 22 a unique musical piece, rarely heard, will be performed in the Castle: Messiaen’s Quartet for the End of Time is going to be played by the three teachers of the Summer Academy with Balázs Rumy clarinetist arriving as a guest for this concert.

As Olivier Messiaen recalled never had been his piece listened to with such rapt attention and comprehension than on that miserable, snowy night. The venue was the prisoner-of-war camp near Görlitz, the date was January 15th, 1941. The friendship, talent and faith of four French prisoners of war – professional musicians in civil life – made it possible to present the work composed in the camp by one of them, Olivier Messiaen for their fellow prisoners played on decrepit, partly damaged instruments acquired amid great difficulties. The composer himself was sitting by the piano, Henri Akoka was playing the clarinet, Étienne Pasquier was playing the cello and Jean Le Boulaire the violin, performing the Quartet for the End of Time for the very first time. 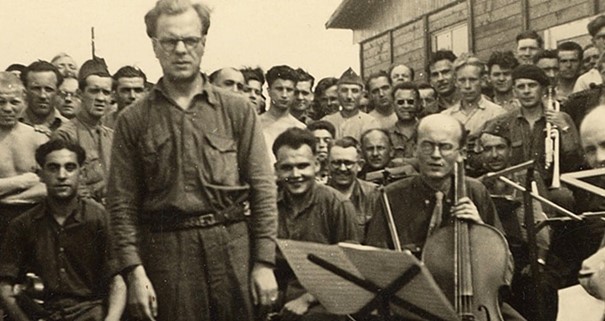 On July 19: the Oláh Kálmán Jr. Quartet’s concert in the Castle
The quartet which has been regularly performing for a year now, has already played in several jazz clubs in Budapest. Their first major concert was given during the 10th anniversary concert series of the Palace of Arts in 2014. Oláh Kálmán Jr. first followed in his father’s footsteps and learned to play the piano and then, at the age of 12, he began to play the saxophone.

On July 20: Composer’s night with Gábor András Virág composer/organist who has recently won the Bartók-Pásztory Prize; five of his plays are going to be performed during the concert by Erzsébet Seleljo saxophonist, Júlia Somogyi flutist and Irén Seleljo and Míra Nagy pianists.

On July 21: the Fanfara Complexa will enter the stage
The Fanfara Complexa started as a dance house band in 2002 and since then has been enthusiastically performing rhythmic dance music based on Moldavian Csango, Romanian and Gipsy melodies on the Hungarian stage and also evoking the Balkan atmosphere. Authentic Moldavian Csango music is complemented by new styles of Romanian melodies as well as Serbian, Bulgarian, Turkish and Jewish folklore traditions; this instrumental music performed with saxophones, accordion, cobza and drums, in accordance with ancient traditions, truly makes you feel like dancing.

After contemporary music, jazz and folk concerts, those interested may participate in podium discussions with the performers.

The coffee concerts were launched in 2017.  For three days – on July 20, 21 and 22 – at the coffee concerts starting at 3 p.m. the audience will hear the fresh productions of the young musicians participating in the masterclass.

The closing concert of the summer academy will be held on the evening of July 23, where a varied program will summarize the results of the week-long joint work. 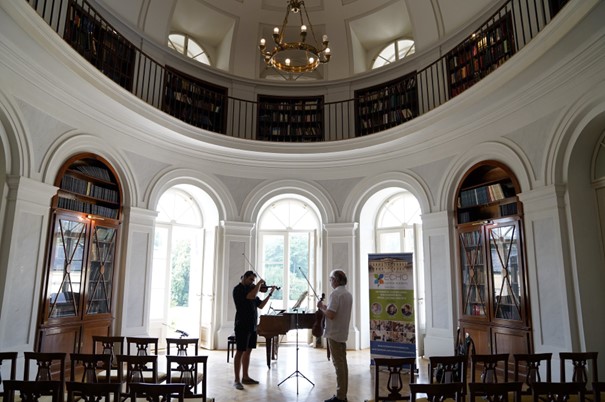 According to Balázs Fülei, in addition to concerts and instrumental classes, time spent together and inspiring conversations give the essence of the Echo Summer Academy. Both students and teachers live in the castle, meals are shared, you can practice almost anywhere in the building, but you often hear music from the castle park as well. It is already a tradition now to have a wine tasting on the lace terrace every year – this year, the Fülei Cellar will arrange a wine and kitchen show – and thematic masterclasses are also part of the permanent programme: on the afternoon of July 21, dance teacher Rita Széll will hold a course on historical dances, in which everyone can take part with their own instrument.

All programmes of the Echo Summer Academy are open to the public and the interested audience is welcome throughout the week.

The poster of the concerts can be viewed here.