„It gave me a great pleasure to listen the performance of the young Hungarian pianist, Balázs Fülei; according to his achievement I find him one of the most promising Hungarian artists of his generation.” – Zoltán Kocsis

Balázs Fülei is a Franz Liszt, Artisjus and Junior Prima award winner pianist with more than thirty piano concertos in his repertoire, with all the concertos by Beethoven, Brahms and Bartók among them. The sophisticated compilations of his solo recitals, usually accompanied by the artist’s personal introduction, always put classical music in an exciting new perspective. He is an assistant professor at the Liszt Academy and has been the Head of the Department of Chamber Music since 2015. He has held masterclasses all over the world and he is the founder and artistic director of the Echo Summer Academy held every year in the Károlyi Castle in Fehérvárcsurgó.

Balázs Fülei, according not just to the trade press, has won the recognition of the profession and the audience in Hungary and abroad not only with his “fully matured production, perfectly thought out and meticulously elaborated to the smallest detail”, but with his unusual ideas as well. Balázs Fülei has also created a new genre thanks to his excellent lecturing, communicating and verbal skills. At least in Hungary, as the tradition of so-called “storytelling” concerts in America dates back several decades and is linked to Leonard Bernstein. At these unusual concerts, involving the audience as well, he presents the pieces he is playing with a few stories; often projects pictures and quotes poems related to the topic. He aims to bring music closer to everyone, to put the audience in the perspective of their own lives. Some programs are for adults, while other concerts are targeted for children, elementary and high school students. However, one parameter is always common: Balázs Fülei performs the pieces at the highest artistic level. A concert is always a concert. For him, music is an opportunity to connect, in which the one who is listening is always involved. His abilities got noticed by the Bartók Radio, too: since September 2020, every second week, he has been the host of a radio programme called Quartet, which is very popular.

The artist is connected to Bartók in many ways: as one of the busiest performers of the 2016 Memorial Year, he gave many concerts in Hungary and abroad. On solo recitals in Europe, the audience is mostly familiar with the composer’s pieces, but these works are often heard for the first time outside the continent. In Bangalore, India, he has given a lecture on Bartók and folk music to an audience of two thousand people; in Vietnam he was the first performer to play Bartók’s pieces: he has given a solo recital at the Ho Chi Minh City Conservatory and a concert at a picture gallery in Hanoi where he was playing among the pictures painted by Vietnamese artists inspired by Bartók’s music.

Balázs Fülei has entered the international music scene at an early age. He had his debut solo recital in 2008 at the Carnegie Hall in New York considered the most prestigious concert hall in the world; he has given concerts in the Konzerthaus Vienna, the Tchaikovsky Conservatory Moscow, the Kioi Hall Tokio and the Concertgebouw Amsterdam as well. He has played together with leading symphony orchestras in Hungary and abroad. Balázs Fülei has already performed in almost every country in Europe, Israel, the United States of America, Australia, Japan, China and Vietnam. He has regularly been giving concerts with his permanent formation, the Auer Trio; he has been a frequent partner of the Kodály Quartet and have toured with them in India. He was the soloist of one of the world’s leading ensembles, the Camerata Bern, in the Grand Hall of the Liszt Academy.

Balázs Fülei has a working relationship with many Hungarian composers and has been frequently involved in premieres and radio recordings. He has recorded four solo albums: in 2013, the works of Bartók and Grieg; in 2015, pieces by Brahms, Beethoven, Debussy and András Gábor Virágh’s compositions connected to the Moon theme. In 2019, he recorded the penultimate sonatas by Beethoven and Schubert, and released a Liszt album. The first CD recorded with the Auer Trio was published in 2019. In 2022 further four new albums are to be released.

Teaching has played a very important role in the artist’s career, complementing his concert activity. He has been teaching chamber music at the Liszt Academy since 2012. In 2013, he earned his doctorate degree and then habilitation in 2018. Since 2015 he has been the Head of the Department of Chamber Music. He not only gives lessons, but also tries to get opportunities and concerts for his worthy students. He moderates these programs himself, presenting the performers and introducing the audience to some behind-the-scenes secrets as well as the background of each piece. His teaching activities are not restricted to the Liszt Academy only: in the summer of 2016, he founded the Echo Summer Academy, an international summer instrumental and chamber music masterclass based on the Hungarian chamber music tradition, which has attracted a large number of people from all over the world every summer since its inception.

The prominent Steinway & Sons piano factory pays special attention to the careers of artists who choose Steinway instruments in concert halls and recordings, and who own and practice on Steinway pianos themselves. Balázs Fülei was awarded the respectable ‘Steinway Artist’ title on August 28, 2020. He has joined the company of Steinway Artists like Martha Argerich, Vladimir Ashkenazy, Daniel Barenboim, Evgeny Kissin, Krystian Zimerman, Mitsuko Uchida or Grigory Sokolov. 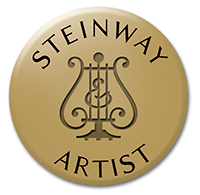